When you quote or buy you will get:

Any where – Any Device – Any time

We use most trusted UK Brokers!

Crazy savings on all the products

We compare millions of quotes so you can save!

We will not charge you a penny! Guaranteed!

Customise your quote in seconds! Buy on-line or over the phone!

Lots of Upgrades to choose from!

We will protect your details so no one will call you unless you agree.

Your are now super smart 🙂

Choose from over 160 products

Fill in your details

It only takes
few minutes

Get Brokers to Work

Buy On-Line or over the phone

That’s how easy it is! 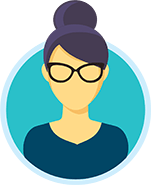 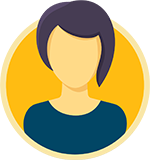 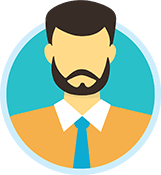 Check it out for yourself

If you offer your knowledge, skills or advice as part of your profession – either as a self-employed individual or for a company – you should consider taking out professional indemnity insurance.

Many other businesses choose to take out professional indemnity insurance to protect themselves against claims ¬– these include:

Professional indemnity insurance protects you against claims for loss or damage made by clients or third parties as a result of the impact of negligent services you provided or negligent advice you offered. Compensation claims can be brought against you even if you provided a service or offered advice for free.

Conditions of your cover

Professional indemnity cover is usually offered on a claims-made basis. This means that your insurer will only cover you for claims that are brought against you during the term of your policy. If a claim is made against you after your policy has expired – even if the incident occurred while your policy was in place – you will not be covered for that claim.

For example, if an incident occurred in 2015 when you had professional indemnity cover, but the client brings a claim against you in 2016 – after your policy has expired – your insurer will not cover you for that claim.

New claims can be brought against you for up to six years after an alleged negligent act occurred, so your run-off policy should cover you for this period.

If you are changing insurer, a run-off policy will protect you against new claims for incidents that occurred when you were with your previous insurer. Alternatively, your new insurer may agree to cover you for claims relating to prior incidents.

Check if your new insurer covers you for claims relating to previous incidents, or ask about buying a run-off policy.

The amount of cover you need – and the price of your premium – will depend on your occupation.

Some professional bodies and regulators insist that their members are insured for a minimum amount. For example, solicitors are required to have professional indemnity cover of between £2 million and £3 million for any single claim made against them.

If you are not a member of a professional body you can ask your clients how much cover they expect you to have.

My Wallet.co.uk is a trading name of My Wallet Limited, registered companies house number 11977200. My Wallet Limited is an introducer appointed representative (IAR) of Seopa Limited, which is authorised and regulated buy the Financial Conduct Authority (FCA FRN 313860)

Just bought
We use cookies to provide a better, smother service to our customers . Facebook pixel is in use on every page of this website to collect data that helps us track conversions from our adverts and to re-target customers who have taken action on this website. By continuing or closing this window you are accepting these cookies and facebook pixel.AgreePrivacy Policy